The series focuses on the Dutton family, led by patriarch John Dutton, who own the Yellowstone Dutton Ranch, the largest ranch in Montana.

The plot revolves around a family grabbing horse between the ranch and the adjacent Broken Rock Indian Preserve, a national park and a developer. 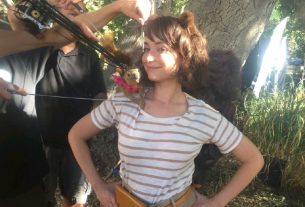 Behind the scenes of “Marvel’s New Warriors”