Warner Bros. Discovery Season 2 earnings meeting was held recently and CEO David Zaslav responded to why ‘Batgirl’ was axed and announced the “DC 10-year growth plan” and said he would learn from the management structure of Disney and Marvel.

On why ‘Batgirl’ was axed, David Zaslav said, “Our ambition is to get Warner back up and making great, quality movies. We want to build a long-term sustainable growth business in DC. We’re not going to release the movies until they’re ready, and the focus is on making these movies as good as they can be!”

“We’ve seen ‘The Flash,’ ‘Black Adam’ and ‘Shazam! Fury of the Gods,'” Zaslav said, “and we’re excited that those films are great, but We can make them even better.”

For the future Zaslav said, “Look at Batman, Superman, Wonder Woman, Aquaman, these brands are well known all over the world. We did a reboot, reorganized the focus of the business, and there will be a team to develop a 10-year development plan for DC.”

“It’s very similar in management structure to the effective integration that Alan F. Horn (who has returned to Warner as a senior advisor), Robert A. Iger, and Kevin Feige did at Disney.”

“Our goal is to cultivate the DC brand. Nurture the DC characters. But at the same time, it’s our job to protect the DC brand, and that’s what we’re going to do.”

Zaslav also said they have taken some proactive steps to correct Warner Bros.’ previous practice of only streaming movies.

Related Post: DC President Walter Hamada may be leaving, Batgirl was axed but he didn’t know it. 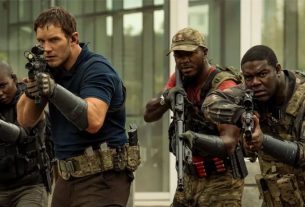