Today, the Hollywood superstar Vin Diesel updated the news, indicating that his latest film is under preparation.

Yes, it is the long-awaited blockbuster “Pitch Black” series by thousands of movie fans!

And riddick is the male lead.

The film is about a commercial spacecraft that was hit by a meteorite in the Tangier galaxy and crashed onto this desolate and hot planet.

The survivors found an abandoned scientific research station nearby and attempted to use the resources in it to build an escape device.

But the sudden death incident made them panic.

They faced not only terrible creatures from the bottom of the earth, but also suspicion and intrigue on the way to survival.

The budget for the first film was 23 million U.S. dollars, and the total US box office after it was released exceeded 39 million.

Although the income of “Pitch Black” was a bit unsatisfactory, it made Vin Diesel truly enter the focus of the audience’s attention and opened his way to a superstar.

So even if the box office of the third part is poor, it still can’t stand the fourth part.

Still have some feelings!

Just the day before, Vin Diesel was still working out for the new film. He revealed that the filming location was in Europe.

Those who like this series will wait and see! 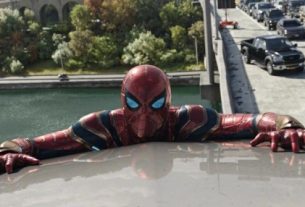