The comic, written by Dirchansky and drawn by KAlfee, will be released by Viz Media in the second quarter of 2023.

Synopsis: Chronicling how Canada’s #1 boy band spent the day before their mammoth Toronto concert, the five enjoy a rare moment of leisure in between their busy schedules: Jesse and Tae Young get artistic and visit a ceramics museum, fashion kid Aaron T goes shopping at the mall, and Aaron Z and Robaire stay in the dance studio to practice their dance moves. Only the real 4*Townies (the group’s fan name) got to be this close to Tween Beat magazine’s “Hottest Band of the Year”! 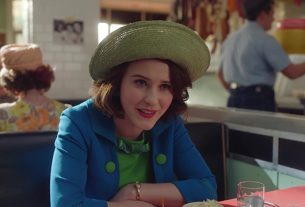 Netflix bids $450 million for the sequel to “Knives Out‎”