The US blockbusters after 2020 are basically out of box office without exception.

Especially the low box office of “Fast and Furious 9” is the most confusing. Such a good subject matter was made into a science fiction film, which is indeed unexpected.

But who would have thought that “Fast and Furious 9” is just the beginning. The real American bad movie will actually be the science fiction film “The Tomorrow War” starring Chris Pratt.

In fact, the investment in this movie is quite large, and the production cost alone cost 200 million US dollars.

But who would have thought that the money was burned a lot, but the plot of the movie was not so bad.

Some people even commented that this movie is a low-profile version of “The Great Wall”.

So what is the quality of this movie?

Related Post: “The Tomorrow War” confirmed to be introduced to mainland China .

1.The opening setting of “The Tomorrow War” was a bit exploded, and then it started to smash!

The opening setting of “The Tomorrow War” is still possible. The host family is driving a “party” at home, watching the football game.

Just when the player on the TV set abruptly steals and is about to take the ball straight into the goal.

Suddenly a wormhole appeared directly above the stadium, and countless fully armed “future fighters” appeared from the wormhole.

As soon as the leading future soldier spoke, he directly announced something to the world through the big screen.

That is the future world, which has been invaded by aliens.

Now there are only 500,000 people left in the future world, and they have no choice. Only through time transmission came to the present to seek human help.

To be honest, when I saw this sci-fi setting, I still felt that Hollywood sci-fi movies had a big brain.

In the past, science fiction films were sent to the past, and the future went to war.

But there has never been such a “The Tomorrow War”, it is directly to recruit a large army to seek the corps to transmit.

At this point alone, I feel very bursting.

But the highlight of this “The Tomorrow War” may only be set for this opening.

Because the next whole “The Tomorrow War” is a bit unfinished.

The first unfinished setting is probably the weapon setting.

Not to mention anything else, it’s the future world 30 years from now, and even time travel can be invented.

Why are the weapons used so low-level?

Doesn’t even have laser weapons, is it still called the future world? This setting makes people feel very confusing.

That is to say, a colonel, who actually became the supreme commander of the future world.

The key is not here. The key is a commander who catches the monster and ends the game personally, and doing scientific research is also doing it himself.

Is this too busy?

The third unfinished setting is the end of this movie.

Dan found the alien’s spacecraft, and obviously he could detonate the spacecraft directly with explosives.

But he had to rush into the spaceship and inject toxins into these monsters one by one.

Just inject it. The key is to detonate it with explosives when it’s uncertain.

So why didn’t you blow it up with explosives in the first place? This makes me fail to understand.

As a science fiction film, this “The Tomorrow War” is definitely a bad film.

But the emotional line between father and daughter in this movie still touches me.

Dan in the real world should know that he is running out of time, so he chose to leave his wife and daughter, which caused a psychological shadow on his daughter.

In the future, when Dan was summoned by his daughter and learned of his daughter’s resentment towards him, he was really guilty and uncomfortable.

So when he saw that his daughter was in danger, he still chose to help his daughter desperately even in the face of a monster’s attack.

Especially when her daughter is attacked by a monster and is about to be pulled into the sea. Dan desperately rushed forward and grabbed his daughter’s hand. This detail really touched me.

In Hollywood movies, there are always settings where superheroes save the world. I don’t believe it at all.

But in this “The Tomorrow War”, I firmly believe in the setting of “Father to save the world for his daughter”.

Because only our parents are the real superheroes.

So I personally think that if this “The Tomorrow War” is not the setting of a sci-fi movie, just talking about this emotional line, I think it is enough to cry.

3.Low-profile version of “The Great Wall”?

People who have seen “The Great Wall” filmed by Zhang Yimou before will find this film “The Tomorrow War” very familiar.

Indeed, because of the monster in this movie: “Whitespikes”.

It seems to be the gluttony in Zhang Yimou’s “The Great Wall”.

Physical body and strong reproductive ability, the most critical point is not to say that the appearance is similar, it is simply carved out of a mold.

In Zhang Yimou’s movie, it is enough to deal with this monster bow and arrow.

Perhaps it is precisely because of Zhang Yimou’s setting of this monster that the weapons and equipment that appear in “The Tomorrow War” are actually not advanced.

So strictly speaking, peeling off the outer skin of the sci-fi setting of “The Tomorrow War”, in fact, this movie is a low-profile version of “The Great Wall”.

Only this time, Hollywood science fiction screenwriters seem to have made a huge mistake.

For example, the whole narrative thread of this movie is a dead knot!

The real world: A future soldier appeared on the court, asking for help from the present, so Dan went 30 years later.

Future World: Dan witnessed the sacrifice of his daughter, but he took the poison to deal with the monster in his hand, and traveled back to the present.

The real world: Dan led the team to the glacier and successfully blew up the alien spacecraft, saving the future world.

But here comes the problem. If there are no monsters in the future world, then there will be no future warriors crossing back to the present to take Dan away.

If Dan does not return to the future, it is impossible to go back to the present and blow up the alien spacecraft.

The cause of the whole incident was the invasion of monsters, but the result now is that there will be no monsters in the future…

So isn’t this an obvious time paradox?

At this point, we can determine that this “The Tomorrow War”, as a science fiction film, is definitely a failure.

As a monster movie, it is suspected of plagiarizing the setting of “The Great Wall”.

The only bright spot is the emotional line I just mentioned, and it has a little meaning. 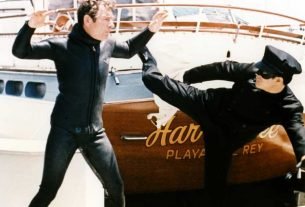 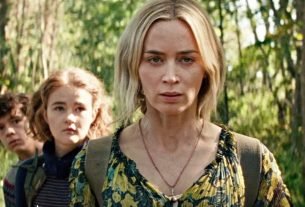 Can “A Quiet Place 2” become a dark horse at the box office again? 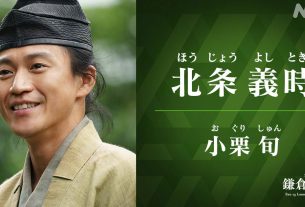