The comedy “The Shrink Next Door” starring “Ant-Man” Paul Rudd, Will Ferrell and Kathryn Hahn has its first preview.

This is also another collaboration between Paul and Ferrell following the “Anchorman: The Legend of Ron Burgundy” series.

“The Shrink Next Door” was spread as a podcast earlier, telling the strange relationship between the psychologist Dr. Isaac Herschkopf and his long-term patient Martin Markowitz.

In the process of their interaction, the charming Isaac slowly integrated into Martin’s life.

Later, Isaac even moved to Martin’s home in Hampton and persuaded Martin to appoint him as the president of the family business.

The play explores how the seemingly normal doctor-patient relationship evolves into an exploitative relationship full of manipulation, power grabbing, and dysfunction.

“The Shrink Next Door” is adapted from real people and will be launched on Apple TV+ on November 12 this year. 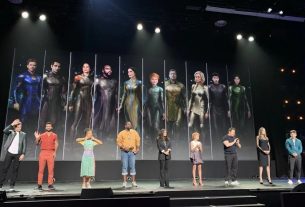 “Eternals” is banned in many important markets, Marvel is full of advantages but useless