The much-anticipated female-themed film ‘The Woman King’ has confirmed its world premiere. The film will land at this year’s Toronto Film Festival, where it will have its premiere.

The Woman King’ is adapted from real historical events, Dahomey is the old name of Benin, Dahomey female warriors was established by the fifth king of the kingdom, armed development into a female militia unit, which is a real-life front-line female troops.

This group was composed of women over the age of fifteen who served the king alone and called themselves “the king’s wives”.

Before they officially become warriors, they go through two years of brutal training, and they have always been known for their bravery in battle.

This army, it is worth mentioning, is the prototype of the female Royal Guard in ‘Black Panther’. In history, they were Dahomey warrior women.

After premiering in Toronto, the film will be released in Northern America on September 16 of this year. 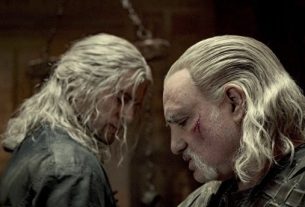 Netflix released a large number of stills of “The Witcher Season 2”, it will start broadcasting today!