‘The Lord of the Rings’ movie stars & Hobbit trio Elijah Wood, Dominic Monaghan, Billy Boyd wore T-shirts with ear prints of different skin colors and races, as well as the Elvish phrase “All of you are welcome here. to support ‘The Lord of the Rings: The Rings of Power’ and its diverse casting.

The cast of ‘The Rings of Power’ also released a statement condemning racism, saying that some of the show’s “actors of color” have been subjected to incessant harassment and threats, and expressing support for the cast and fans and it ends with Galadriel’s elegy.

During the promotional period for ‘The Rings of Power’, the show’s diverse casting has caused controversy. The first two episodes that have aired so far have featured black actors Ismael Cruz Cordova, Sophia Nomvete and Lenny Henry as Arondir the Elf, Disa the Dwarf and Sadoc Burrows the Harfoots, among other important characters who have made their debuts.

Related Post: Word of mouth crumbles on the most expensive drama of all time, what did “The Lord of the Rings: The Rings of Power” do wrong? 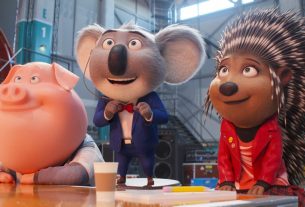