Costume film “The Northman,” starring Anya Taylor-Joy and Alexander Skarsgård, was fourth with $12 million, and Cage’s new film “The Unbearable Weight of Massive Talent” was fifth with $7.18 million.

The film has a freshness of 86% on Rotten Tomatoes, a comprehensive MTC score of 64, a popcorn index of 93%, a CinemaScore rating of A, and an IMDb score of 7.

The film is generally regarded as the best work of DreamWorks animation in recent years.

Another family-friendly work, “Sonic the Hedgehog 2”, continued to be a big hit at the box office. In its third weekend of release, it won the second place with $15.22 million. Northern America accumulated $145 million and will soon surpass the previous episode’s $148 million. $287 million.

Northern America totaled $67.13 million after 10 days in theaters, putting it behind “Dune” Northern America’s $69.3 million performance over the same period with a slightly higher opening.

The film grossed $280.3 million worldwide, lower than all the rest of the franchise’s performance over the same period.

The costume film “The Northman,” directed by “The Witch” director Robert Eggers and starring Anya Taylor-Joy and Alexander Skarsgård, opened at $12 million, ranking fourth on the list.

“The Northman” is 86% on Rotten Tomatoes, and earned $11.5 million in its first weekend overseas, with a global total of $23.5 million.

The film investment is said to be close to 90 million US dollars, and the film rated R is not under pressure to recover the investment.

Michelle Yeoh, starring in the sci-fi film “Everything Everywhere All at Once,” took in another $5.43 million over three days over the weekend, ranking sixth.

The performance fell only 12% from the previous weekend, with a total of 26.94 million US dollars in one month of release.

It ranks eighth in A24 releases, surpassing 2015 sci-fi film “Ex Machina‎” with $25.4 million, and will next top horror film “Midsommar‎” with $27.4 million and Oscar-best picture “Moonlight” with $27.9 million ‘s results.

Plot: In a remake of the 2003 Belgian film of the same name, a hired killer finds himself a target as he refuses to complete a mission for a dangerous criminal organization.

Related Post: “The Bad Guys”: Is it possible for someone who was once a criminal to be rehabilitated? 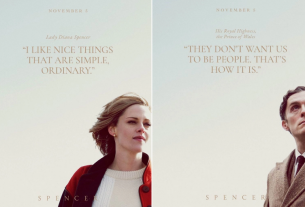 The second trailer of “Spider-Man: No Way Home” lasts for three and a half minutes