‘Star Wars: The Bad Batch’ will return for Season 2 on Wednesday, Jan. 4, 2023, Disney announced at its D23 Expo Saturday. Season 2 will consist of 16 episodes.

The episodes will arrive later than the streaming service originally announced. At the time of The Bad Batch‘s renewal in August 2021, Disney+ indicated that the next round of episodes would get underway in Fall 2022. As recently as May, a Season 2 teaser also promised new episodes in the autumn.

Star Wars: The Bad Batch follows the titular elite and experimental clones (first introduced in Star Wars: The Clone Wars) as they find their way in a rapidly changing galaxy in the immediate aftermath of the Clone War.

Members of Bad Batch — a unique squad of clones who vary genetically from their brothers in the Clone Army — each possess a singular exceptional skill which makes them extraordinarily effective soldiers and a formidable crew.

In the post-Clone War era, they will take on daring mercenary missions as they struggle to stay afloat and find new purpose.

As Season 2 opens, months have passed since the events on Kamino and the Bad Batch continue their journey navigating the Empire after the fall of the Republic.

They will cross paths with friends and foes, both new and familiar, as they take on a variety of thrilling mercenary missions that will take them to unexpected and dangerous new places. 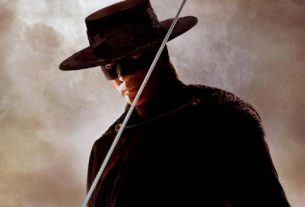 The classic movie “Zorro” will produce a new version of the TV series, and the starring candidates are exposed