“American Underdog” is adapted from real events and tells the story of Kurt Warner from a convenience store wage earner to an American Football Super Bowl MVP.

“American Underdog” will be released on the Christmas file on December 25 this year, with Anna Paquin and Dennis Quaid also participating.

Kurt Warner’s career is legendary and one of the most famous inspirational stories in American sports.

He lost the 1994 NFL draft and went to a convenience store to work for a while during his career.

But Kurt Warner seized the opportunity to play well in the 1999 season. He represented the St. Louis Rams and the Arizona Cardinals in the NFL and retired in 2010.

Kurt Warner won two regular season MVPs, one Super Bowl MVP, and was elected to the Hall of Fame.

Kurt Warner is considered one of the greatest losers in NFL history.

“American Underdog” will be released on Christmas on December 25th this year. 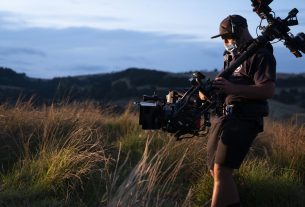