“Sing 2” first exposure trailer, it will be released in North America this Christmas.

The sequel to Universal Pictures’ animation film “Sing 2” will be released on December 22 this year. The film party has exposed the first Chinese character trailer, which lasts for 3 and a half minutes.

The songs that appeared in the trailer include: “There’s Nothing Holdin’ Me Back” by Shawn Mendes, “Chop Suey!” by System of A Down, “This Girl On Fire” by Alicia Keys, and the famous U2 band. “I Still Haven’t Found What I’m Looking For”. In addition, the representative works of Drake, Billie Eilish and Eminem also appeared briefly.

“Sing 2” tells the story of the koala Yuebo Le dubbed by McConaughey and the good voice from the crowd wanting to rush out of the local theater and go to the top of the entertainment industry-The Crystal Tower Theater to perform.

To do this, they must first persuade the entertainment industry tycoon-possibly also a gang member-Jimmy Crystal, the wolf voiced by Bobby Cannavale. 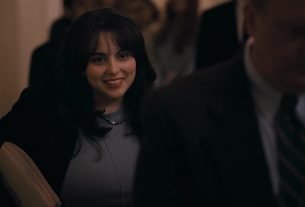