According to official sources, “Shang-Chi” surpassed “Black Widow” to become the highest grossing movie in the United States in 2021.

As of Friday, “Shang-Chi” earned US$186.8 million at the box office in the United States, setting a record for the highest box office during the epidemic.

Previously, “Black Widow” had a box office revenue of $183.4 million in North America.

Box office analysts believe that “Shang-Chi” is expected to reach a box office of 240 million U.S. dollars or more after its domestic release in the United States.

This is an important milestone for the film industry.

Because “Shang-Chi” is exclusively released in theaters, there is a 45-day release window.

Instead of “Black Widow” and many other movies, they chose the “online + offline” mixed distribution model.

Related Post: “Shang-Chi and the Legend of the Ten Rings” will be launched on Disney+ on 11.12. “Army of the Dead” prequel “Army of Thieves” revealed the official trailer, will be online on 10.29 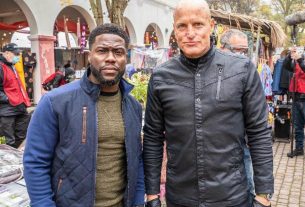 “The Man from Toronto” has been postponed again