The new reboot of the classic horror film ‘Hellraiser‎’ has released its pilot trailer, featuring the female ‘Pinhead’ in her true form and a new villainous ‘masked ghost’.

The original version tells the story of a man, Frank, who accidentally opens another dimension and is killed by demonic Cenobites led by the famous evil spirit ‘Pinhead’.

The new movie is described as a version that is “faithful to the original novel, but also has new upgrades”.

Related Post: A preview of the release of the rebooted version of ‘Hellraiser‎’, Coming to Hulu on October 7. 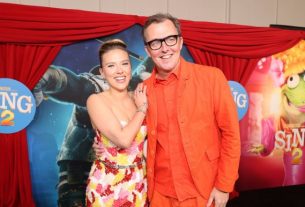