Saoirse Ronan starring in the new film “The Outrun” announced the start of filming. Directed by Nora Fingscheidt (“The Unforgivable‎”), Paapa Essiedu (“I May Destroy You‎” “Gangs of London”), Stephen Dillane (“Game of Thrones”) also star.

‘The Outrun’ is based on a memoir written by Amy Liptrot, and she and Fingscheidt adapted the script to tell the story of Amy Liptrot, who has just returned to the Orcadian Islands in Scotland after an absence of more than ten years, to the sheep farm of her childhood and to experience once again the beauty of nature and the preciousness of silence. DC’s new ‘Aquaman and the Lost Kingdom’ postponed to December 25, 2023 in Northern America 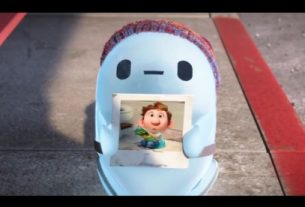