Never Have I Ever star Darren Barnet has been announced as the latest cast member working on the upcoming film adaptation of the best-selling racing video game Gran Turismo. The casting is the latest in a series of high-profile additions to the Sony project.

The upcoming Gran Turismo project is based on the bestselling Playstation racing game series of the same name, which has sold over 85 million units over 6 generations of Sony consoles worldwide since the first game was released in 1997 and continues to put out titles that are consistently ranked amongst the best video games of the year.

Unlike the games, however, the film is set to feature a more story-focused narrative, de-emphasizing the simulation focus on cars for what the crew hopes will be a more human experience.

Based on a true story, it will focus on a young player whose skills at the game earned him a string of victories in Nissan-sponsored events, leading to a once-in-a-lifetime chance to become an actual professional racer.

According to a report from The Hollywood Reporter, which has provided coverage of the star-studded lineup as it develops, Barnet will play the role of the GT academy’s top racer before the protagonist’s arrival.

Upset by the sudden rise of this upstart, Barnett’s character will be at odds with Archie Madekwe, who has been cast in the lead role.

The two young stars will be working alongside industry veterans and top stars like David Harbour and Orlando Bloom, whose casting was recently announced in the role of a hungry marketing exec.

Production is set to begin in Hungary this week, with the script prepared by Zach Baylin, who worked on the award-winning King Richard, and American Sniper writer Jason Hall, who is also set to executive produce.

Joining him as a fellow executive producer is a gaming industry icon and original creator of the Gran Turismo franchise Kazunori Yamauchi, with Dana Brunetti and Doug Belgrad set to produce.

Also involved with the project are PlayStation Productions’ own Carter Swan and Asad Qizilbash, who will work with the producers. Neill Blomkamp is at the helm, having been attached as director in place of Tron: Legacy’s Joseph Kosinski, who was initially in talks to direct in 2015.

Given the success of PlayStation and Sony’s video game film adaptation with Uncharted, the addition of several new projects like Gran Turismo did not come as much surprise.

Barnet, much like Madekwe, has proven himself in recent projects, such as his portrayal of the emotionally complex Paxton Hall-Yoshida.

Fans who might have been skeptical about the young talent at the helm can now rest easy with the addition of Bloom and Harbour, who recently showed that he has enough talent and range to make Santa Claus look intimidating.

Gran Turismo is scheduled to premiere in theaters on August 11, 2023. 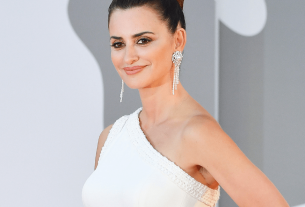