‘Echoes’, run by Brian Yorkey (’13 Reasons Why’), follows identical twin sisters Leni and Gina as they share a dangerous secret, having secretly traded lives since childhood.

They end up living double lives as adults: they share two homes, two husbands and a child. But when one of the sisters disappears, the perfect world the two have crafted is thrown into chaos.

Matt Bomer plays Jack, Leni’s husband, a boy-next-door who grows up to be the husband everyone wishes they had: a loving, loving father, a valued community member, and runs a successful veterinary practice and horse farm on land that has been in his family for generations.

When his wife mysteriously disappeared and her secret life surfaced, Jack became the person who lost the most.

After marrying Gina, he finds himself caught in the undercurrent of the sisters’ deep connection, but he also has a hidden side that can complicate their lives. 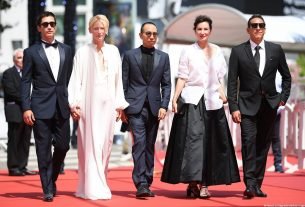