Streaming media giant Netflix has announced the release time of 2022 autumn and winter movies, including ‘Blonde’,’BARDO, False Chronicle of a Handful of Truths‎’,’The Good Nurse‎’,’All Quiet on the Western Front‎ ‘,’White Noise‎’, there are also commercial productions’Knives Out‎ 2′,’Enola Holmes 2′, and more for children’s ‘Slumberland’,’Scrooge: A Christmas Carol‎’ and other works.

A small part of these works went online directly, and most of them were first released in theaters and then launched. This article selects the launch time of some works.

‘All Quiet on the Western Front‎’

‘BARDO, False Chronicle of a Handful of Truths‎’

‘Glass Onion: A Knives Out Mystery’ 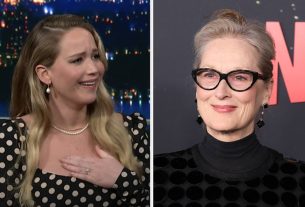 Meryl Streep was called “Goat” by Jennifer Lawrence at the shooting site of “Don’t Look Up”?