Disney’s new ‘The Lion King’ sequel ‘Mufasa: The Lion King‎’ was officially announced at D23Expo, focusing on the story of the old Lion King, and will be launched in 2024.

The film has started production. The main voice actors are: Aaron Pierre (‘The Underground Railroad”Krypton’) as Mufasa, Kelvin Harrison Jr. (‘Waves‎’) as Taka, namely Scar. Other roles are also in the process of casting, and there may be big names joining.

The film will explore “the stories of multiple legendary characters in the series, including Mufasa’s origin story,” and will continue to use the lifelike animation effects of Jon Favreau’s first installment.

We now know the first details surrounding Disney’s computer-generated “live-action” sequel to The Lion King. During Walt Disney Studios’ panel at D23 Expo on Friday, director Barry Jenkins revealed that the film will be titled Mufasa: the Lion King, and is expected to debut in theaters in 2024.

The film will reportedly be told in two different time frames, as Timon, Pumbaa, Rafiki, and tell the origin story of Mufasa to a new cub, whilst we see Mufasa rise to royalty.

Those attending the panel were also treated to a brief teaser trailer of footage, and while it doesn’t look like it will be released online anytime soon, ComicBook.com’s Jamie Jirak provided an exclusive description of what it entails.

“Teaser starts with cub Mufasa. ‘Not a drop of royal blood.” He gets swept away in some water. It ends with Timon and Pumbaa joking ‘We aren’t in this movie?’ So.. they are.”

The film will be directed by Jenkins with a script from Jeff Nathanson. Aaron Pierre will voice Mufasa in the new movie, with Kelvin Harrison Jr. voicing Scar.

“I grew up with this characters, they mean so much to me,” Jenkins explained in an interview this past month. “I think the work that Jeff Nathanson, the writer, did and going back into really helping children and anyone who ever loved this property understand what it takes.

Kings aren’t just born, they aren’t just made. They have to become who they are through a series of events that a lot of people can relate to.

So, in that standpoint, it fits very well with everything else I’ve done. So I feel no pressure, I just want to do a good job.”

“My agents send me a lot of scripts. When this one came, super top secret, I was very skeptical,” Jenkins told Chloe Zhao during a filmed interview in 2020. “I read the script and about 40 pages in I turned to Lulu [Wang] and I said, ‘Holy s**t, this is good.’ And as I kept reading, I got further away from the side of my brain that said, ‘Oh, a filmmaker like you doesn’t make a film like this,’ and allowed myself to get to the place where these characters, this story, is amazing. 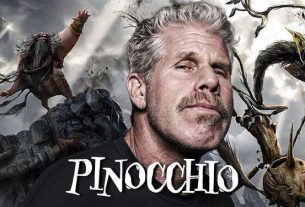