Dominique Thorne as “Ironheart” Riri Williams, a 15-year-old genius inventor in the comics who attends MIT and uses reverse engineering techniques derived from Iron Man’s armor to create her own gear.

She was then noticed by “Iron Man” Tony Stark, who encouraged her to pursue the life of a superhero.

Anthony Ramos is expected to play the villain, Lyric Ross (“This Is Us”) as Ironheart’s best friend, and Chinaka Hodge (“Amazing Stories” “Snowpiercer”) as lead writer.

Ironheart has not yet officially debuted in the MCU, and she will first appear in “Black Panther: Wakanda Forever” before launching a single-player series. 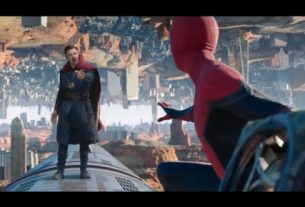 “Spider-Man: No Way Home” reveals a new Official Clip, Doctor Strange and Spider-Man have a disagreement!