Recently, the live-action movie “ハケンアニメ!” released a new trailer. In this trailer, we can see images of many Toei classic animations.

The two animations appearing in the film are produced by Production I.G and others, and voice actors such as Yûki Kaji, Megumi Han, Kino Hina, Rie Takahashi, Kana Hanazawa, Horie Yui, and Romi Park will participate in the dubbing.

The film is adapted from the novel of the same name by Mizuki Tsujimura, and takes the animation industry as the stage. It tells the story of the rookie supervisor 斎藤瞳 and the genius supervisor かつて王子 who compete with each other and work together to obtain the title of “Supremacy Animation”.

Related Post: Riho Yoshioka starring “ハケンアニメ!” released a new trailer, it will be released in Japan on May 20. 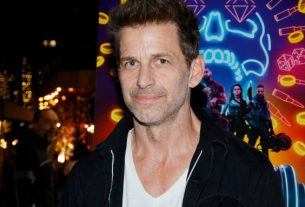 The word of mouth of “Moon Knight” ushered in a reversal: the fourth episode has an IMDB score of 9.1!