In the MV, director Wright cut into a lot of “Last Night in Soho” clips, a story about crossing, murder and fashion mix and match, was expressed.

The editing of the entire MV is smooth and natural, and Anya Taylor-Joy’s singing voice is ethereal and beautiful.

Especially the choice of genre is very retro. Coupled with the orchestration of string music and the editing of movie screens, the whole MV is full of high-level sense.

“Last Night in Soho” is a horror film. In the film, Edgar Wright gave up the British humor on which he was famous, and instead appeared as a typical genre film.

Especially for girls in modern society, the plot entangled by a nightmare about murder can easily lead to many horror films.

It is not difficult to see from the MV show that “Last Night in Soho” has some kind of traversal element.

The two protagonists are connected together because of their common interests and hobbies.

In 2019, a young girl came to London to start her career in fashion work.

At the same time as this story line happened, another girl who chose to sing as a career in 1965 discovered that this city can swallow people up.

The lives of the two girls spanning 60 years have been edited together.

According to the plan, “Last Night in Soho” will land on the theaters on October 29 this year. 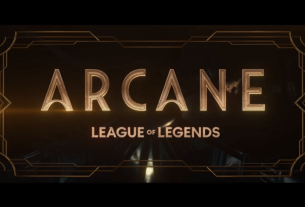