‘Lady in the Lake’ is based on the best-selling book of the same name by Laura Lippman, created by Alma Har’el (‘Honey Boy’) and Dre Ryan (‘The Man in the High Castle’ ‘Tides ‘), about “Can a woman reach the truth in a city of lies?”

In Baltimore in the 1960s, a murder mystery left housewives

Together, the two will advance Baltimore’s progressive black agenda.

Related Post: Filming of Natalie Portman’s new drama ‘Lady in the Lake‎’ halted due to extortion. 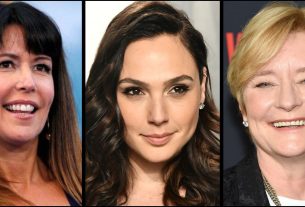 The new “Cleopatra” starring Gal Gadot has changed its director