The sequel to the popular murder mystery film ‘Knives Out 2’ is out after premiering at the Toronto International Film Festival with word of mouth. The film is currently 88% fresh on Rotten Tomatoes (17 reviews 15 fresh and 2 rotten), MTC is 84 points (11 reviews 9 good and 2 medium), a good rating, slightly lower than the first part of the word-of-mouth explosion (97% fresh, 82 points), IMDB 8 points.

‘Collider’: Watching this mode of Johnson’s (the film’s director Rian Johnson) work is very interesting, especially this cast is also very funny and amusing. With ‘Glass Onion’ (‘Knives Out 2’ is titled ‘Glass Onion: A Knives Out Mystery’), Johnson proves himself to be a spoiler for the “Supreme Order.

‘TheWrap’: A lot has happened so far in 2019, and ‘Glass Onion’ opens with a new crown epidemic, but what this movie didn’t expect was some genre changers like ‘Bodies, Bodies, Bodies’ and ‘Triangle of Sadness’ to show up. like genre changers emerged and now they are dominant.

‘The Playlist’: The director shows an absolute mastery of his genre, and his superb talent. This film is pure pop entertainment.

‘The Film Stage’: No better than the first one, but almost as enjoyable, which is a remarkable triumph in itself.

‘RogerEbert.com’: Very fun, the whole cast is infectious, and you can tell how happy they were making this movie on a Greek island, saying the incredibly witty lines Johnson wrote.

‘Slashfilm’: Rian Johnson has outdone himself with this film.

‘JoBlo’s Movie Network’: Very entertaining, showcasing one of the best casts and scripts for a movie of the year. I’ll keep rewatching this one after it hits Netflix.

‘Knives Out 2’ will be available on Netflix on December 23. 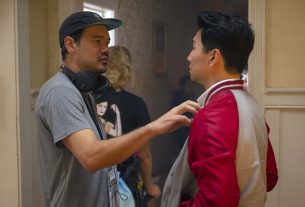 Netflix hit ‘The Crown Season 5’ release trailer, ‘The Prince and Princess of Wales Split Up’ 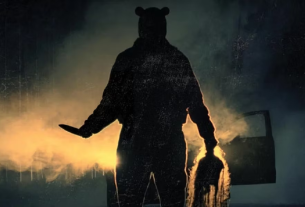 Latest Winnie-the-Pooh: Blood and Honey Poster Has Arrived to Ruin Your Childhood