‘Jeanne du Barry’, directed by Maïwenn (‘Mon roi’), who also stars as the title character Jeanne du Barry, was produced by Why Not Productions and began shooting on July 26th. It will be shot over 11 weeks at various landmarks in Paris, mainly the Palace of Versailles.

The flamboyant Bourbon king Louis XV, nicknamed “The Favourite,” reigned at the age of five and was one of the longest reigns in France at 59 years. But he died a controversial and ignominious death, accused of corruption and drunkenness.

Related Post: Johnny Depp returned to his profession and went to France to shoot a new movie ‘Jeanne du Barry’. 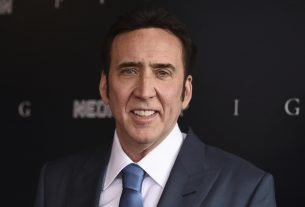 ‘Alcarràs’, directed by Carla Simón, will represent Spain in the 2023 Academy Award for Best International Film