Jodie Foster will star in the new season 4 of the hit crime drama “True Detective.”

This season is in development on HBO and has not yet been officially booked, but judging from this casting announcement, Season 4 should be inseparable.

The latest also exposed the plot introduction, it seems that the two female police detectives solved the frozen mystery.

Two detectives, Liz Danvers (Foster) and Evangeline Navarro, confront their dark side as they try to unearth the truth buried beneath the eternal ice.

Issa López (“Vuelven”) will direct the season’s first episode and co-write with Alan Page Arriaga (“Shining Girls‎”), who also serve as executive producers along with Foster, Barry Jenkins (“Moonlight”) and others.

Related Post: The fourth season of the popular American drama “True Detective” is about to start shooting, it will be starring Jodie Foster and Kali Reis. 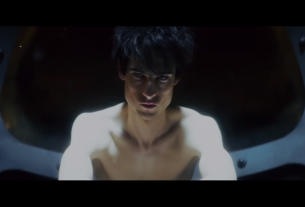