Specifics as to the film’s plot have thus far been kept under wraps, though we hear that it will be set against the space race of the 1960s.

Directed by Greg Berlanti (‘Love, Simon’) and written by Rose Gilroy, the daughter of Dan Gilroy and Rene Russo, ‘Project Artemis‎’ is a romantic comedy set in 1968, set in the Apollo 11 moon landing.

While unconfirmed, sources say that Rash will play Lance, a fashionable, chic commercial director. Flamboyant and determined to create art, Lance is known for constantly going over budget on set, being incredibly opinionated and is perpetually un-hirable.

Apple acquired the hot package for upwards of $100M when it hit the market this past spring.

Jason Bateman had at that point been set as director, with Johansson’s Avengers co-star Chris Evans tapped for Tatum’s role, though both have since departed — Bateman, due to creative differences, and Evans, due to conflicts in scheduling with his upcoming films Pain Hustlers and Red One.

Two-time Oscar nominee Johansson will produce alongside Jonathan Lia and Keenan Flynn through their company These Pictures, which commissioned and developed the script by Rose Gilroy.

Rash is a writer, director, producer and actor who won an Oscar in 2012 for the screenplay to Alexander Payne’s The Descendants, based on the same-name novel by Kaui Hart Hemmings, sharing the prize with Payne and Nat Faxon.

He’ll next be seen in Universal Pictures’ groundbreaking gay rom-com Bros, which debuts in theaters on September 30, having world premiered to critical acclaim at the Toronto Film Festival. Other notable film credits on the acting side include Out of Office, Captain America: Civil War, The Way Way Back (which he wrote and directed with Faxon), The Nines, Sky High, Minority Report and Slackers.

The actor is also known for turns on such series as American Crime Story, Reno 911! and Community, among many others. 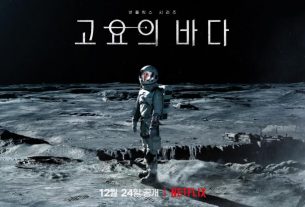