Inspired by the Disneyland ride of the same name, “Take a creepy trip through a chilling haunted house with ghosts, ghouls and scares from supernatural forces,” focusing on a family that has moved into the mansion.

The project was first adapted into a film in 2003, directed by Rob Minkoff and starring Eddie Murphy, with whom this film has nothing to do.

‘The Haunted Mansion’ will be released in Northern America on March 10th next year.

Related Post: Disney’s new film “The Haunted Mansion” will be released in North America on March 10 next year.

Netflix’s “Cuphead” animation “The Cuphead Show!” will start broadcasting in 2022 Netflix hit ‘The Crown Season 6’ is set to start filming in August, and the crew is looking for actors to play Princes William and Harry 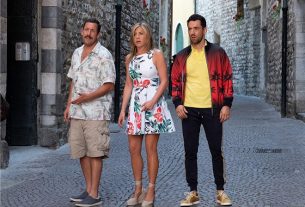