The hit horror series ‘Scream 6’ ended filming and will be released in Northern America on March 31 next year.

‘Scream 5’ was released in January this year and performed well at the box office with $81 million in Northern America and a cumulative total of over 140 million worldwide. The film follows 25 years after a series of brutal murders rocked the quiet town of Woodsboro, a new killer dons a ghostly mask and targets a group of teenagers to recover the secrets of the town’s deadly past.

‘Scream 6’ follows four young people who survive a fierce encounter with the Ghostface Killer and leave the town of Woodsboro to begin a new chapter. 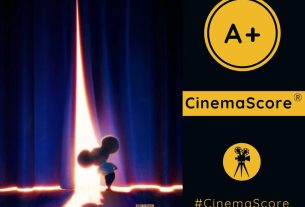 According to preliminary statistics, “Sing 2” won US$9 million in the first day’s box office in North America on Wednesday