The HBO hit series ‘Succession Season 4’ has announced that it is returning for filming.

‘Succession Season 4’ will be filmed in New York for 10 episodes, it continues to focus on the inner workings of the Roy family. the sale of Waystar Royco to Lukas Matsson draws closer and closer, a huge deal that triggers an existential crisis and split among members of the Roy family.

What will become of their lives after the dust settles on this matter? Expect an inevitable weakening of their cultural and political status and a power struggle ……

Related Post: “Succession” will be renewed for season 4, and its reputation for season 3 is as high as 9 points. 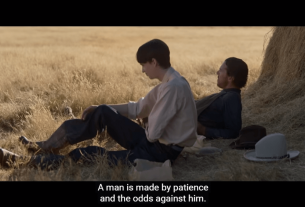 “Everything Everywhere All at Once” tops A24 Northern America box office