Emmy-winning ‘Succession season 4’ is back as tensions rise at Waystar Royco.

As Logan and eldest son Kendall (Strong) duke it out over their different approaches to corporate leadership and media in the 21st century, fans of the viral HBO series eagerly await the next installment. So, just what will be in store for the outrageously wealthy, foul-mouthed family we love to hate?

The prospect of this seismic sale provokes existential angst and familial division among the Roys as they anticipate what their lives will look like once the deal is completed.

A power struggle ensues as the family weighs up a future where their cultural and political weight is severely curtailed.” 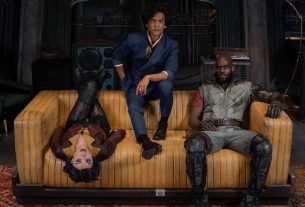 The live-action drama “Cowboy Bebop” lifts the ban on word-of-mouth, its freshness of rotten tomatoes is 39%