Ryan Gosling starring in the new film ‘The Fall Guy’ is scheduled for Northern America release on March 1, 2024, while announcing the addition of Emily Blunt.

‘The Fall Guy’, directed by ‘Fast & Furious Presents: Hobbs & Shaw’ ‘John Wick’ ‘Deadpool 2’ director David Leitch, is based on the 1980s series of the same name, produced by Universal and will be shot in Australia filming in Australia.

The original series, which aired from 1981-1986, was created by Glen A. Larson and starred Lee Majors, about a Hollywood stuntman who, in order to break even, takes on a nighttime side business – as a bounty hunter. 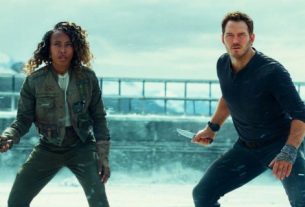 ‘The Bourne Identity’ director’s new work ‘The Recruit‎’ reveals the official trailer, and it will be launched on Netflix on December 16