As the super masterpiece of the DC Universe, “The Flash” is highly anticipated.

On the picture, the red Batman mark serves as the base, and on this base is the yellow Batman logo.

From the superposition of these two logos, it is not difficult to see that Batman and Flash will be linked in the film.

In the plan of the producer, the film was adapted from the 2011 “The Flash” comic.

In the comics, The Flash uses its own speed to open up a parallel universe.

Therefore, many characters in DC comics, including Batman and others, will appear in the film.

The Batman in this film will be played by Michael Keaton.

And he is also the actor of the original Batman.

In 1986, after the first “Batman” was released, it was well received, broke the box office record, and won the 62nd Academy Awards for Art Direction.

Related Post: Ben Affleck praised “The Flash” and sighed that the filming process of “Justice League” was too difficult .

The film is directed by the horror film director Andrés Muschietti, but he did not want to turn it into a horror movie, but prepared to shoot a mainstream Hollywood blockbuster.

The Flash is a key character in DC comics and one of the world-famous superheroes.

Except for a five-year break during the low-echo period of superhero comics in the early 1950s, comics about The Flash have never stopped publishing.

The Flash is the longest comic-publishing superhero in the history of DC comics, except for the three DC comics-Superman, Batman and Wonder Woman.

“The Flash” is currently tentatively scheduled to land on the big screen on November 4, 2022. 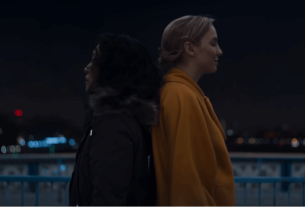