Disney has released a new trailer for Walt Disney Animation Studios’ next feature ‘Strange World‎’ , offering the most detailed public look yet at the upcoming sci-fi adventure flick.

Synopsis: The feature film introduces a legendary family of explorers, the Clades, as they attempt to navigate an uncharted, treacherous land alongside a motley crew that includes a mischievous blob, a three-legged dog, and a slew of ravenous creatures.

Disney premiered an extended first look at the film during this year’s Annecy, where Cartoon Brew’s Kambole Campbell was in attendance. Check out what he saw in his recap of the presentation.

Strange World will hit theaters around the world in November (November 23 in the U.S.), but not in France, where Disney has opted to skip theaters because of the country’s strict windowing laws.

It’s also extremely likely that the film will be unavailable in several other territories, like Lightyear before it, as one of the lead characters is gay.

Disney also shared a new poster for the film, seen below. 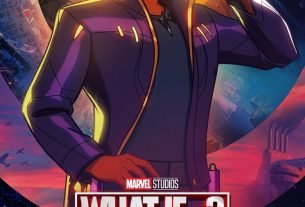