It is less than 2 months before the release of “Doctor Strange in the Multiverse of Madness‎”, and the official internal preview meeting was also held. According to the feedback from the preview, the film looked very happy, but at the same time there was some confusion.

The report specifically explained the so-called “chaos”. It is reported that chaos is not a derogatory term. Previously, “Avengers: Infinity War” was also a representative of chaos, but many fans still like this movie, “Spider-Man: No Way Home‎” is also messy but beloved.

“Doctor Strange in the Multiverse of Madness” has too many things to balance due to the multiverse involved, so the structure and the distribution of the plot will be very similar to the previous two, and the report also emphasizes that it is because of the mess that makes people feel interesting.

According to the feedback from the test screening, the film has a very scary atmosphere, as advertised before, which is darker than the previous MCU works. The following is the description of the test screening audience:

“A large wound can be seen on a man’s leg, along with blood and facial cuts. Occasionally, some corpses show the separation of skin and flesh when viewed up close.”

“Horror scenes include monsters attacking people, rotting corpses resurrected, people being scorched by magic, leaving charred remains, and multiple ‘sudden frights’. There are also frequent tensions, including people being chased by demons and monsters, Or tortured by magic.”

“The film includes superhumans fighting supernatural forces, with a lot of weaponry and fighting action. There are also scenes where a human body is pierced, a head is destroyed by magical powers, someone is cut in half, and the film has a lot of magic magical creatures, they are extremely aggressive, and there are many bloody scenes associated with them.”

In addition, according to reports, “Doctor Strange in the Multiverse of Madness” expands the MCU’s universe in an unprecedented way, and there will be some gods in the film. Although they are not the main characters, their existence is very meaningful in itself.

It is reported that there will be a scene in the film that fully demonstrates the power of Miss America. In the scene, she and Doctor Strange are tumbling into a multidimensional channel, and during this period, many cosmic entities will appear, among which is the arbitrator of the multiverse— —The Living Tribunal.

In this scene, a floating head can be seen in the background made of the universe, covered with a unique cloth, which is the classic shape of The Living Tribunal.

The Living Tribunal is the most powerful being in the entire multiverse, and as long as the concept of the universe exists, he is omnipotent. In Marvel Comics, One-Above-All empowers The Living Tribunal to oversee and maintain the balance of all realities.

The Living Tribunal usually doesn’t show up, only when there is a crisis that threatens the entire multiverse. The Living Tribunal appears in the space dimension of the universe as a huge golden humanoid entity with three faces representing justice, need, and vengeance. The fourth side of the head is blank, reflecting the face of the interlocutor, and the core is a cosmic mirror that reminds us that when we look at others, we must also look at ourselves. 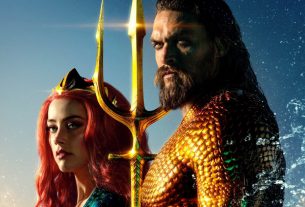