“Strange World” is co-directed by Don Hall (Big Hero 6) and Qui Nguyen (co-writer of “Raya and The Last Dragon”).

The story tells the story of a family of legendary adventurers who have penetrated into an unknown land with dangerous terrain and full of fantasy creatures.

But the differences between the family members gradually threatened the expedition mission.

“Strange World” is scheduled to be released worldwide on November 23, 2022. 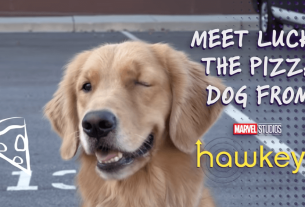