The two sides are still in negotiation and have not formally signed the contract.

There are other candidates in the running for the position, but right now Dan Lin is the frontrunner and he himself is interested in the position.

Warner Bros. Discovery CEO David Zaslav has previously said he is looking for a DC version of Kevin Feige, a position that would report directly to Zaslav, bypassing Warner Bros. Entertainment, Inc. and HBO.

David Zaslav has said that he is looking for Warner’s own version of Kevin Feige to create a “ten-year growth plan” for DC.

Kevin Feige, as CEO of Marvel Studios, has been turning a comic book brand facing bankruptcy into a $10 billion pop culture giant since 2008.

According to reports, the former 20th Century Fox’s Emma Watts, “Spider-Man: No Way Home” producer Amy Pascal and others are also in the running for the position.

In other words, the DC content created by Warner will be controlled by its one person.

Walter Hamada, previously a handful of DC Pictures, will gradually fade out. 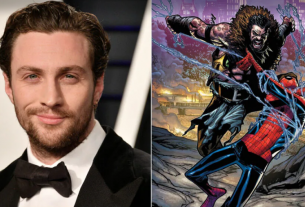 “Malignant” was recognized by film critics, but the audience did not buy it