According to media reports, Paul Haggis, director & screenwriter of the Oscar best film ‘Crash’, was arrested by police in the Italian town of Ostuni on Sunday.

A young woman of non-Italian nationality reported to the police that she had been sexually assaulted and injured by Haggis and said she had been forced to have sex by him over a two-day period locally.

Haggis was recently in Ostuni to attend the newly opened local film festival Allora Fest (scheduled to open on June 21).

Police reports indicate that he allegedly sexually assaulted the woman before dropping her off at the airport in the neighboring city of Brindisi early last Sunday morning, where he left her.

The woman was in an unstable physical and mental condition and was treated by airport staff while the local police were contacted, after which she was formally charged and taken to the hospital.

Haggis’ attorney later denied the allegation and said Haggis is completely innocent and believes all charges will be dismissed, while expressing a willingness to cooperate with authorities in the investigation to bring the truth to light as soon as possible.

Paul Haggis is a famous Canadian writer, director and producer. In addition to ‘Crash’, his screenwriting works include ‘Million Dollar Baby’, ‘Flags of Our Fathers’, ‘Casino Royale’ and so on. The producer leads the team to scout the scene, and Netflix is about to start the production of “The Witcher Season 3”! Jennifer Connelly at the world premiere of “Top Gun: Maverick”​​​ 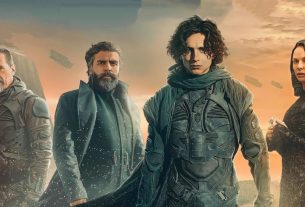 “Dune” will go live on HBO one day ahead of schedule