The hit comedy series ‘Atlanta Season 4’ released teaser trailer with a full cast of returning protagonists and still a sense of mystery + atmosphere, it announced that it will open in September for the finale. 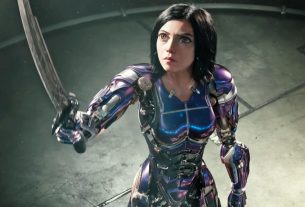 Robert Rodriguez: James Cameron and I are still discussing the sequel of “Alita” ‘The Batman’ featured on the cover of ‘Entertainment Weekly’