Isabela Merced (“Transformers: The Last Knight”, “Sicario 2: Soldado”, “Dora and the Lost City of Gold”) and Jason Momoa starred as a father and daughter, directed by Brian Mendoza.

The film tells the story of the husband Cooper played by Jason Momoa vowing to bring justice to his wife’s death, and at the same time protect his daughter Rachel.

“Sweet Girl” will go live on Netflix on August 20th. 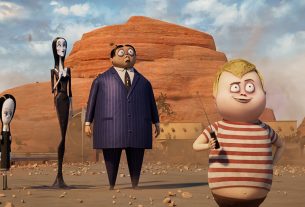