Apple has picked up the distribution rights to the new film ‘Causeway’ starring Jennifer Lawrence, it will be released in theaters and on Apple TV+ later this year.

‘Causeway’ tells the story of a traumatized soldier trying to adjust to his life after returning home to New Orleans.

Lila Neugebauer (‘Maid,’ ‘Room 104’) directed the film, which also stars Brian Tyree Henry and Linda Emond, and was written by Ottessa Moshfegh, Luke Goebel and Elizabeth Saunders, and produced by A24. Lawrence also served as producer. 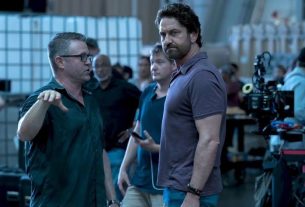