The new work of Alejandro González Iñárritu, a famous Mexican director who has shot “Birdman”, “Babel‎”, “Amores perros‎” and “The Revenant‎”, has settled on Netflix. The film has a tedious title: “Bardo (Or False Chronicle of a Handful of Truths)‎”.

However, the title is very similar in structure to Iñárritu’s “Birdman or (The Unexpected Virtue of Ignorance)‎”.

The full name of “Birdman ‎” is “Birdman or (The Unexpected Virtue of Ignorance)‎”, and maybe Iñárritu will shoot a trilogy.

This will be Iñárritu’s return to Mexico after 11 years, and it will be a Spanish-language work.

The script was written by Iñárritu’s long-term partner Nicolás Giacobone, and the story features a well-known Mexican journalist and documentary filmmaker.

Years later, he returns to his home country and tries to really confront his identity, family ties, silly personal memories, and Mexico’s past and present.

In terms of other cast and crew, Daniel Giménez Cacho and Griselda Siciliani are starring, Darius Khondji is the photographer, Eugenio Caballero is the art director, and Ana Terrazas is the costume designer.

It is worth mentioning that the film will be shot in 65mm format. At present, Netflix has not yet finalized the film.

However, judging from such a cast and crew, “Bardo (Or False Chronicle of a Handful of Truths)‎” is bound to be a blockbuster contending for an Oscar.

Related Post: New movie ‘BARDO, False Chronicle of a Handful of Truths‎’ released poster, scheduled to be launched on Netflix on December 16 this year. 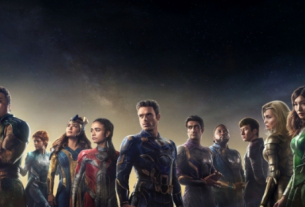