Alan F. Horn, chief creative officer of Disney Pictures, retired last Dec. 31 and has not taken much time off to go back to work. According to media reports, the 79-year-old returned to Warner Bros. Discovery as a consultant. Interestingly, he left Warner that year is also “retirement” as the reason.

Warner Bros. Discovery CEO David Zaslav is reportedly frustrated with the inconsistent production of DC movies, and it was he who pushed to invite Alan F. Horn back to the oven.

After the news was announced, many DC fans posted pictures of Superman in social media saying: Mr. Alan, you know what to do!

Alan F. Horn co-founded Castle Rock Entertainment in 1987 and served as president until he left in 1999, responsible for such films as ‘A Few Good Men’ ‘The Green Mile’ and the TV series ‘Seinfeld’.

In 2011, Warner had a personnel earthquake, 68-year-old Horn was forced to “retire” from the COO position.

In 2012 he was tapped by Disney’s then-CEO Robert A. Iger to serve as chairman of Disney Studios, responsible for Marvel Studios, Lucasfilm, Pixar, Disney Animation Studios and many other labels. 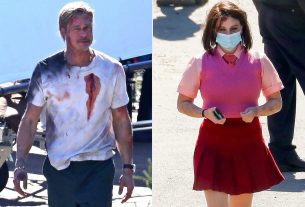