“007: No Time to Die” finally no longer jump ticket! The world premiere red carpet ceremony will be held in London on September 28.

The latest “Bond” movie “007: No Time to Die” was completed in October 2019, and it has been almost two years since fans didn’t watch it.

This film will also be Daniel Craig’s outgoing work.

The film has been postponed many times due to the epidemic, and this official push has finally announced the world premiere date-September 28.

The red carpet ceremony is set, and it seems that the new film will finally not bounce again!

Unlike most of the new Hollywood films on the market, “007: No Time to Die” will only be shown in theaters, and there will be no synchronization or delay in streaming media.

Related Post: “007: No Time to Die” reveals the ultimate trailer, Bond is surrounded by enemies.

“The world premiere of “007: No Time to Die” will be held on Tuesday, September 28 at the Royal Albert Hall in London. Producer and director Cary Joji Fukunaga will be on the red carpet with Daniel Craig .”

With the end of Daniel Craig’s “Bond” career, the 007 series will have a new beginning.

Producer Barbara Broccoli said in an interview recently that although Amazon has acquired MGM, this series will not be made into a TV series.

“We want to make a movie,” she said categorically. 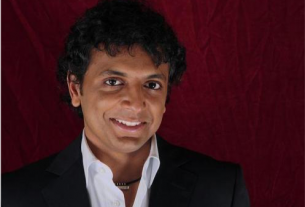 The TV version of ‘National Treasure: Edge of History‎’ released the teaser trailer and poster, it will be launched on Disney+