The story of “Pinocchio” has been popular for 80 years, why has he been so attractive for so long?

“Don’t lie, or the nose will get longer.” This warning is too classic. We have all heard it when we were young. The source is from the famous fairy tale “The Adventures of Pinocchio” (also known as “Pinocchio”).

Everyone is familiar with the story of this little puppet, and there is an endless stream of film and television adaptations.

The Italian live-action movie “Pinocchio” landed in domestic theaters on Children’s Day, dedicated to the children during the festival.

This classic fairy tale was born in Italy in 1880, and it has been hundreds of years ago.

Animation giant Disney put it on the big screen for the first time in 1940. In the past 80 years, different film and television versions of Pinocchio have appeared.

After the fire for so long, why are you still not angry? After this Italian live-action version, there are many new works of the same name that will be screened.

What did the Italian live-action film shoot?

The setting of the story for children is not “human nature is good.” Taking Pinocchio as an example, he is full of unruly natural nature, which needs to be corrected and perfected through education the day after tomorrow.

Puppet Pinocchio was originally a naughty and self-willed child who played truant from school and was cheated by greedy. His nose became longer because of lying, and later he turned into a donkey.

In the end, he experienced an adventure in the belly of the big whale and successfully rescued the carpenter father who was trapped in it.

After possessing these excellent qualities, Pinocchio changed from a puppet to a living person. When the “physical nature” has “human nature”, from fantasy to reality, the growth process of this character affects the growth of friends of all sizes in a simple way. Views and values.

This is the enduring charm of “The Adventures of Pinocchio”.

The Italian live-action version of “Pinocchio” adapted from this also respects the original work. It basically constructs the plot according to the original story content, which is equivalent to re-ordering the original text through the video.

Italy has filmed many versions of “Pinocchio” before that. Robert Bernini, who played Pinocchio’s father, directed and acted in the live-action comedy “The Adventures of Pinocchio” in 2002. Unfortunately, the box office and word-of-mouth have been badly hit by Waterloo. .

The new version of this remake is more prominent in the design of scenes and costumes, finely restoring the classic scenes and characters in fairy tales, and the style of painting is biased towards realism on the basis of fantasy.

But he also fell into the “Uncanny Valley Effect”. The puppet Pinocchio has a pair of human eyes. The more realistic his wood texture, the more visually terrifying.

There are also the elderly Mr. Cricket and the tuna with a human head and fish body, both of which have this perception problem.

Director Matteo Galloni has directed “Tale of Tales”, “Gomorrah” “Dogman” and other strong artistic and authoritative works, and has been nominated for the Cannes International Film Festival many times.

But in “Pinocchio” he can’t see his personal style, floating in mediocrity and mainstream.

The film adaptation of Pinocchio’s story, the most impressive version of the audience is Disney’s “The Adventures of Pinocchio”, which is Disney’s second animated feature film after the success of “Snow White and the Seven Dwarfs”.

It made drastic cuts and adaptations of the original content in the form of a traditional three-act play.

For example, Mr. Cricket is set as Pinocchio’s “conscience” to guide him to distinguish right from wrong and connect the whole story.

The characters such as Philip the kitten have been added, and the whole work is more childish and childish in style, which pleases children.

Immediately after World War II broke out in 1940, far from the battlefield on the other side of the Atlantic, North America is still a scene of singing and dancing.

“The Adventures of Pinocchio” also continued the brilliance of “Snow White and the Seven Dwarfs”, winning nearly 40 million box office in the country at a cost of 2.6 million. After two re-screenings in 1984 and 1992, the cumulative total box office exceeded 80 million. .

Since then, there has been a steady stream of film and television adaptations of Pinocchio’s fairy tales.

This story has both an innocent side and a dark side, both fantasy style and practical significance.

The performance elements are complex and diverse, and at the same time have market value, many filmmakers regard it as a creative treasure house.

There are three more “Pinocchio” in the future?

Hollywood has made “Pinocchio” a big IP, and there are a number of projects adapted from this story are under development, of which it is expected to land on the big screen in 2022.

The first is Disney. From “Alice in Wonderland”, “Cinderella”, “Beauty and the Beast”, “Aladdin”, “The Lion King” and “Mulan” to the “Little Mermaid” being produced, “Pinocchio” and these Disney filmed Like the classic fairy tale animation, it cannot escape the fate of a live-action adaptation.

The film’s director candidates have gone through many twists and turns, from “American Beauty” and “1917” director Sam Mendes, “Paddington” series director Paul King, and now confirmed “Forrest Gump” director Robert Zemigi Si, the script is written by the screenwriter of “Wonder”.

“Who Framed Roger Rabbit” directed by Zemigis in the 1980s is the first live-action film combined with animation in film history, creating a genre precedent.

The recent “Cat and Mouse” and “Space Jam: A New Legacy” are also following this model.

As an innovator of modern animation technology, Zemigis is certainly the right person to direct “Pinocchio”.

However, his works in recent years are not many, and his previous work “The Witches” is also very poorly evaluated. “Pinocchio” can be regarded as returning to his technical field, hoping to make innovations and breakthroughs.

Tom Hanks, who has worked with him in “Forrest Gump” and “The Polar Express”, will also join as the father of Pinocchio.

“The Little Mermaid in Black” is already on the way, and the blue fairy in “Pinocchio” will also be starred by black actor Cynthia Eliver.

Also re-interpret the animated version of the classic song “When You Wish Upon A Star”, the film is currently in steady progress.

On the other side is Warner Bros. In 2012, it was announced that a live-action version of “Pinocchio” was going to be made. The earliest version was produced by “Gothic” director Tim Bolton and “Iron Man” Robert Downey Jr.

It is rumored that Downey will play two roles, both as Pinocchio and Pinocchio’s father. From the perspective of the story to the casting strategy, he takes a different approach.

After Tim Burton withdrew, it was rumored that Paul Thomas Anderson and the famous comedian Ben Stiller took over the directing. It was only in 2016 that the director of “A Beautiful Mind” and “Rush” was determined to be directed by Lang. Howard is in charge.

Over the years, Downey’s “Avengers” series have all finished shooting 4, and Ron Howard’s project has continued, but there is no news about the production of this film.

It can be judged that this live-action version of Warner’s “Pinocchio” should be in a state of pass.

There is also a stop-motion animation version produced by Netflix. It is unpredictable and perhaps the one with the most potential in this adaptation team that is increasingly difficult to play with new ideas.

Director and screenwriter of “Pans Labyrinth” and “The Shape of Water”, Gilmour Del Toro, said he has always wanted to make this movie since he can remember.

The background of the film will be set in Italy in the 1930s, which happens to be an era when fascism is increasingly rampant. When the simple fairy tales enter a repressive political context, Toro’s usual dark wind and metaphorical techniques will surely be put on “Pinocchio” Brand new outerwear.

Judging from the exposed persona and the preview materials of the scene leader, the painting style is fresh and interesting, full of weird and uneasy colors.

Toro also said, “I think “Pinocchio” is a good opportunity to talk about disobedience. Obedience is not a virtue, but a burden.

Disobedience is the seed of reason, it is the ideal way to obtain one’s soul.

The original story teaches children to be brave, honest, and unselfish. The stop-motion animation version may add elements to resist the rule of darkness.

In other words, this will be closer to a political movie, similar to “Pans Labyrinth”.

The Italian philosopher Benedetto once commented on the original work: “The piece of wood used to carve Pinocchio is actually human beings.”

This story actually has an implicit concern for the superstructure, the exposure of the inequality between the rich and the poor, and the criticism of the injustice of the judiciary. They are all expressions beyond the understanding of children. This stop-motion animation version may magnify this level.

The production of the film has gone through many difficulties. It was interrupted due to funding problems in 17 years, and production was restarted in 19 years. It was originally planned to be released this year.

However, the production of stop motion animation is notoriously expensive and time-consuming, and it is estimated that you will have to wait a little longer.

It is foreseeable that it will not be the traditional family carnival attribute of Disney, nor will this latest Italian live-action version follow the original story step by step. 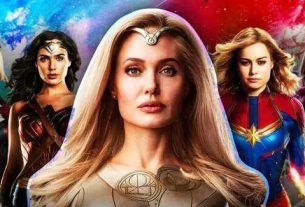 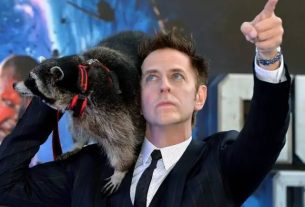 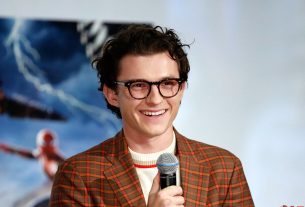