Audiences may be curious, but they are also Marvel superheroes. Why do others have customized shoes with exclusive suits, but “Shang-Chi” wears flying Jordan shoes?

Andy Park, the fashion designer of Simu Liu, explained the reason for this. In fact, Simu Liu didn’t wear it like this at first.

In an interview with foreign media Inverse, Park explained that Marvel wanted to show their new martial artist “Shang-Chi” a closer look.

“It (shoes) is something that both you and I can wear”, but it also reflects the national identity of this character.

Park believes that “Shang-Chi” clothing should reflect his identity, not only his Asian descent, but also his experience as an American immigrant.

Related Post: “Shang-Chi” starring Simu Liu will compete for the Oscar winner, and he will also appear in “Doctor Strange 2”.

“Whenever we design a costume, we will try our best to tell the story behind this character. The dragon (armor) symbolizes Shang-Chi’s mother, and the ten rings are given by his father. He is the product of his mother and father. It was also a product of his time in the United States.”

This is why there are Jordan shoes, because they symbolize the American identity of “Shang-Chi”.

Actor Simu Liu revealed that he didn’t want to wear these shoes at first.

“At first I was very opposed. I remember when I was trying on, I was wondering if Shang-Chi was the first superhero to wear sneakers? He should wear things like boots. I didn’t understand their thoughts at the time. .”

But in the end Simu Liu changed his mind and fell in love with his Jordan shoes.

“As we started shooting, I felt that this shoe is still pretty cool, making me more affinity.” 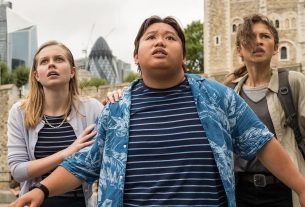 Plot spoiler: Who might be killed in “Spider-Man: No Way Home”? 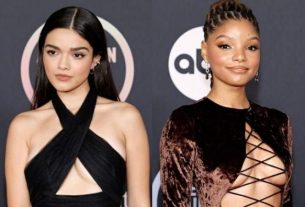 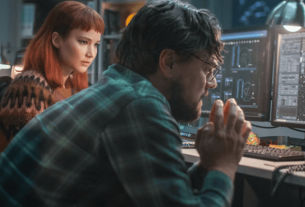 Check out the three highlights of Leonardo DiCaprio’s new movie “Don’t Look Up”, it can make you laugh from start to finish