As “Spider-Man: No Way Home” involves “three generations in the same frame” rumors, Sony and Marvel tried their best to prevent spoilers in the release of posters and trailer materials.

Related Post: Tom Holland was elected Man of the Year by GQ Magazine.

The actors also played haha when asked. Recently, Tom Holland denied it again when asked about this question.

“When I say that they (Andrew Garfield, Tobey Maguire) will not return, you will not believe me. When the time comes (released?), you will believe me. This piece is very meaningful to me. I saw Dr. Octopus for the first time. I’m really excited to return with other characters. In the history of movies, these are all great moments. Three generations of Spider-Man movie characters are in the same frame.” 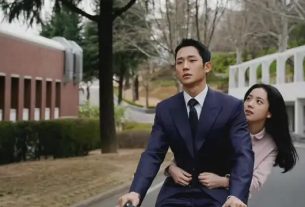