As Taika Waititi directed ‘Thor: Love and Thunder’ is about to be released, in the previous trailer we learned that Jane Foster, played by Natalie Portman, returns to the screen as Mighty Thor, shocking many fans of Marvel while also It has led to a lot of discussion about her role.

‘Thor: Love and Thunder’ director also responded to fans’ questions after the release of the trailer, with the most focused question being, “We can see that now Mighty Thor is wielding Mjolnir, so what’s in Thor’s future? “

It was widely assumed that Natalie Portman’s Mighty Thor would take Thor’s place, but the director didn’t feel that way.

In a recent interview, he said, “Thor has gotten the Stormwind Battle Axe before, and now that Mjolnir is in Mighty Thor’s hands, it’s no longer his hammer either, so maybe a lot of fans will see this as a legacy and taking his place, but I don’t actually see it that way, and I can’t reveal too much at this point. “

Although the director said he did not believe this was a legacy in the Marvel movies, the phenomenon of legacy has appeared in the Marvel Cinematic Universe, including the ‘Hawkeye’ series in which Kate Bishop became Hawkeye’s legacy, and the legacy of the Captain America title in ‘Avengers: Endgame’ is a reflection of this.

With the upcoming release of ‘Thor: Love and Thunder’ on July 8, questions about how Mighty Thor will fit into the Marvel Cinematic Universe will certainly be answered, so let’s wait and see.

Related Post: Taika Waititi on ‘Thor: Love and Thunder’ Chris Hemsworth shows off his muscles naked: It’s a waste not to show a good body. 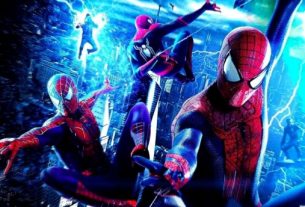 Because of Simu Liu’s insulting remarks, “Shang-Chi” may not be released in mainland China? Patrol de France on the red carpet at Cannes for “Top Gun: Maverick”