Practical effects in moviemaking are by no means dead, but judging by Hollywood’s current offerings, you’d think directors are obligated to spring for computer-generated wizardry at every possible opportunity. That’s, unfortunately, one of the takeaways from Paul Feig’s The School For Good And Evil, fantasy-powered fluff for the whole family that’s positively swimming in CGI.

Finally adapted from Soman Chainani’s beloved series of novels after years of development hell, it’s one of several young adult franchises banked on by Netflix, a studio that evidently still has money to burn on a visual effects team to rival Marvel’s (let’s hope theirs isn’t as exploited and underpaid).

But until someone figures out how to innovate on delivering the shiny, “pew pew!” magic required of action-fantasy YA and its ilk, properties like this one will fail to distinguish themselves.

Feig and co-writer David Magee also show off those energy blasts right off the bat rather than hinting or building up to them. Throwing us headlong into a prologue featuring two sparring, physics-defying brothers (both played by Kit Young, of Netflix’s similar but far more focused Shadow And Bone), Good And Evil immediately feels both rushed to check every major plot point off its list, and obligated to explain and re-explain those points.

Flashbacks often accompany descriptive retellings of flashbacks, and there’s both storybook-like text on screen and narration from none other than Cate Blanchett, who steals scenes as what turns out to be a talking quill. If that kind of whimsical magic sounds reminiscent of another witchy school (that rhymes with Bog-forts), you’re on the right track.

And just as those movies that shall not be named struggled to condense pages of text into family-friendly runtime, this film strains credulity in connecting dots.

To be fair, there’s plenty of world-building to introduce new audiences to and dazzle devoted readers with.

Headstrong teens Sophie (Sophia Anne Caruso) and Agatha (Sofia Wylie) are outcasts in their amorphously Medieval town of Gavaldon, the former for being a starry-eyed bookworm with immaculately blonde hair, the latter for being a forest-dwelling witch-in-training with an unruly (and fabulous) head of curls.

Yes, their hair is important; this may be fantasy, but as with real-life middle school girls, appearance equals identity.

Dreaming of escaping her narrow-minded village and wearing princess gowns, Sophie writes a letter seeking admission to the fabled School for Good and Evil, from which it turns out all fairy tale characters graduate and protect the world’s balance of, you guessed it, good and evil.

Agatha, all along for the ride, is dropped—twist!—into the sun-drenched School for Good, while Sophie finds herself among wannabe villains such as Captain Hook’s son and the Sheriff of Nottingham’s daughter in the shrouded School for Evil.

Dumb jock and son of King Arthur, Tedros (Jamie Flatters), wields Excalibur to such dazzling effect that he tempts both Sophie and Agatha into, you guessed it again, a love triangle. This is YA fiction, after all.

Wylie makes for a suitable audience stand-in (too convincingly, in fact, as her skepticism often points out the ridiculousness of this segregated school’s very premise), and looks gorgeous in Renee Ehrlich Kalfus’ costumes, which are eye-popping fun.

Caruso, meanwhile, has a blast swinging for the fences; this film’s soundtrack includes Olivia Rodrigo, Billie Eilish, and what feels like the umpteenth moody cover of Britney’s “Toxic,” and these capable young leads channel that punk-lite vibe.

Feig surrounds them with a star-studded ensemble, although only two supporters have enough screen time to make an impression. As School for Evil dean Lady Lesso, Charlize Theron serves macabre, Bowie-esque style with her auburn updo and heavy mascara.

But considering her fiendishness in epics like Snow White And The Huntsman, there’s a missed opportunity here, perhaps to sink her teeth into what should be the campiest of characters.

Kerry Washington fares better as her counterpart Professor Dovey because we’ve rarely seen her silly side; throwing shade in sumptuous gold and jewels, the actor cunningly introduces the notion that it’s actually the prissy School for Good that houses the bitchier students—the bullies rather than the bullied, an idea teased out in Mean Girls-esque fashion.

There’s blink-and-you’ll-miss-it work from Rob Delaney and Rachel Bloom, and I would have preferred more time with Patti LuPone’s quirky bookstore owner.

Laurence Fishburne goes through the motions as the wise School Master, and an equally underutilized Michelle Yeoh elicits one of the film’s only laughs, a profanity-laden punchline that, fittingly enough, pokes at the very fact that she’s underutilized.

It’s not that there’s no humor in Good And Evil, or that a fairy tale about young friendship needs to be particularly riotous, but casual moviegoers going in blind would never in a million years guess this comes from such a maestro of belly-laugh comedies.

Confoundingly, Feig has proven his ability to find jokes in unlikely places, including amid zippy action sequences (where is that Spy sequel, sir??). Maybe what’s missing here is a dose of Melissa McCarthy’s chaos.

Instead, he’s too hampered by visual chaos thanks to those pyrotechnics (Must Washington’s character conjure a flower with CGI, rather than practical magic?) and squeezing in plot data—a particularly baffling stretch in the middle ends with a failing student apparently being murdered, or at least that’s what Agatha surmises and explains, practically direct to camera.

Such is the plight of literary adaptations trying to clock in under two hours. Fans of Chainani’s books may relish seeing his inventiveness and heartfelt storytelling on a (green) screen. If only Feig had the latitude to prioritize his actors, rather than his VFX team, as those storytellers. Kevin Feige: The relevance of MCU Phase 4 will become clearer in the next few months 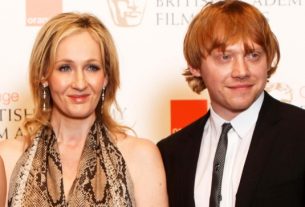