Note: This article may contain spoilers, because it is currently a rumor, without official confirmation, friends who mind can close it in time.

Display through the specific description text of the hard disk:

The duration of “Spider-Man: No Way Home” is 2 hours and 28 minutes, and the end of the credits is about 14 minutes.

Pay attention to the length of the 14-minute ending subtitles. According to the usual style of Marvel movies, the ending Stinger is in it.

Recently, the rumors of Stinger at the end of “Spider-Man: No Way Home” are quite popular.

Related Post: There are rumors that the stinger of “Spider-Man: No Way Home” is the leading trailer of “Doctor Strange 2”!

According to the media:

There will be two Stingers at the end of “Spider-Man: No Way Home”. The first Stinger is about the Venom Symbiote, and the second Stinger is a trailer for “Doctor Strange 2”.

Let me talk about the first Stinger

For this Stinger, “Marvel fans” once shared it.

Rough rumors: Eddie and the “Venom” symbiote came to the world of Spider-Man in the Marvel movie universe. They will only appear for a short period of time, and then they will travel back to their own world.

However, the most important thing is that the “venom” symbiote left a part of itself.

Then there is the second Stinger

General content: Gargantos threw a bus at Doctor Strange and Miss America. There are rumors that Gargantos was summoned by Wanda.

Gargantos is a kind of octopus monster, it has been exposed in advance in “Doctor Strange 2” Lego toys.

These are the rumors about the two Stingers at the end of “Spider-Man: No Way Home”.

For the second Stinger, many media have reprinted reports, so that it attracted the attention of Disney’s marketing president.

Asad Ayaz, President of Marketing at Disney, gave an ambiguous brief response to the source news:

In my impression, whether it is Disney or Sony, officials rarely comment on rumors.

We don’t know what Disney’s marketing president wants to express, but in fact it has further hyped the popularity of the movie “Spider-Man: No Way Home”. 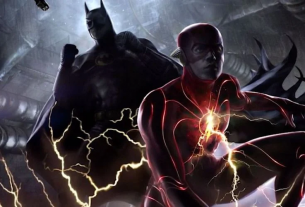 What is the “surprise” of “The Flash” hinted at by Andy Muschietti and Barbara Muschietti? 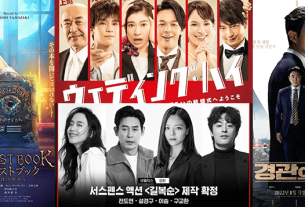 What to watch in the Japanese and Korean new films in 2022? Comic-adapted suspense films VS zombie films & crime films